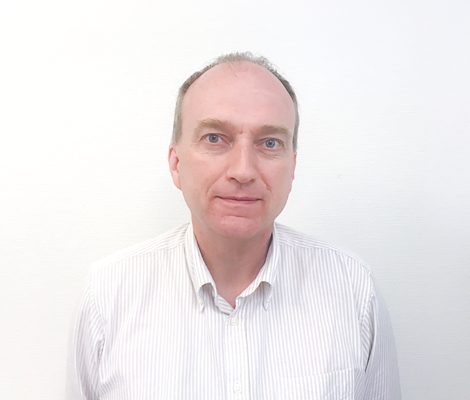 Since August Anders Olsson has been Inission Malmös new Quality Manager. Before he joined Inission he worked at Toyota Motor Europe in Malmö as a Quality Supervisor. Now Anders is looking forward to be working at a company that´s in an expansive phase.

That Anders now is a Quality Manager he might have his interest in Japan to thank for.

“My interest in Japan’s history and society began sometime during high school. This led me later into Lund University where I began studying Japanese and Japanese society. Learning Japanese was not easy when there were only a few to communicate with, so I decided to move to Japan as an exchange student.

In Japan, Anders met his current wife and stayed there after graduation. During his nearly four years in Japan, Anders worked at the press and information department at the Swedish Embassy in Tokyo and in a store that imported and sold Scandinavian articles.

“In 2000 I got a job at SAAB in Trollhättan and the whole family moved to Sweden. SAAB hired many Japanese consultants and needed an interpreter. That was how my career as a quality manager started. Most of the Japanese consultants were there to ensure the quality and efficiency of the business through lean and its principles. I learned a lot during that time and I became fascinated by the production process. Since then I have only wanted to work for production-oriented companies.”

Anders worked for SAAB for just over a year. Then he and his family moved to Malmö where he made a living by starting his own business. 2007 he received a job at Toyota Motor Europe.

“At Toyota I was responsible for transport quality, partly because of my experience from SAAB. Later, I also became Quality Supervisor in charge of product quality. But from there I could not climb any higher without having to move to the Brussels headquarters. After eleven years at Toyota I took a chance and here I am today.”

What are your first impressions of Inission?
“It appears that Inission is in an expansive phase and I´m looking forward to learn more. It´s also a good atmosphere here and it helps when you are about to learn a whole new industry, with new products and a new way of producing. I’m also used to a heavier industry so I was pleasantly surprised by the fact that the production in comparison is completely noise free.

What are your best qualities you bring to work?
“I am well-structured, like to plan and want to lay one step ahead.”

What are your duties at Inission Malmö?
– At the moment, I am focused on ISO certification. Recently, we updated 9001 instructions and procedures and now we will go through ISO 13485. Once done, I will also take some responsibility in the Production Engineering department.

Thanks Anders. Inission welcome you and wish you good luck.