Cutting lead times in half

Cutting lead times in half 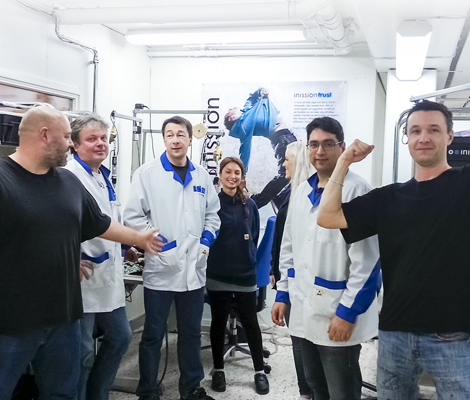 As we mentioned before Inission has in 2013 conducted a number of pilot projects under the supervision of the Production leap lean coaches. At Inission Gothenburg a pilot project was conducted with the aim to study in detail the lead times in the production of a specific client device and then process them. Based on the results the goal was set to shorten these lead times with 50 percent by 2017. But not at the expense of the staff. Supervisor was lean coach Peter Lundin.

During the project the management and staff took part in lean exercises and lectures. Additionally, some of the staff also took a course in “Lean Production” (7.5 p) at Chalmers University of Technology.

Before the project started, there was still some doubt if it was a realistic goal – cutting the lead times by 50% by 2017. But everyone involved was pleasantly surprised once the project started and the potential was revealed. Results showed almost immediately. In 6 months following was improved:

total assembly time by 47%
total encapsulation time by 57%,
total lead time by 36%
and the quality became much better

It should also be pointed out that the production staff did not feel that any part of the assembly has become more stressful. On the contrary, the feeling is that you have much better control over the entire chain, from sourcing to delivery. A new pilot project is designated and the expectations are high.

The Production leap is a comprehensive national program initiated by Teknikföretagen and IF Metall 2006. The aim is to increase the productivity, competitiveness and development ability in Swedish industry and thereby strengthening the conditions for profitable production in Sweden.