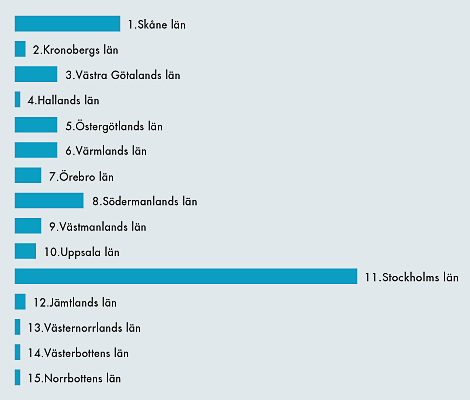 The bar diagram shows the distribution of where the preregistrations are coming from.

It will be an interesting autumn when inissions innovation competition enters its final stages. The competition closes on Monday the 9th of September. The day after the work begins to rank all the contributions that´s been received. Three finalists will then be selected. They will participate in Evertiq Convention TEC 2013 on 25-26th of September where they will be able to present their innovation for our jury.

The map shows the geographical distribution of pre-registrations. The more entries, the greater circle. The numbers refer to the counties in the bar diagram above. 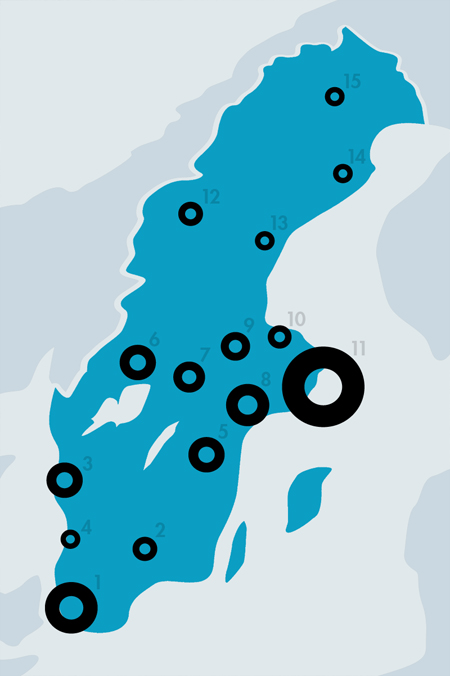