How Inission Malmö cut the lead time by 50%

How Inission Malmö cut the lead time by 50% 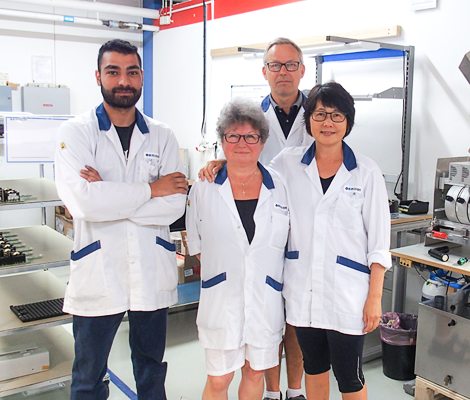 Inission has a goal – by 2020 producing twice as much in half of the time, with as many employees as 2015. All in order to get the most satisfied customers. This should be achieved by streamlining the business and thus working smarter and eliminating wastes. Now, a one-piece flow project at Inission Malmö has shown that it is indeed a challenge but also a highly realistic goal.

Rafi: It started when we received a demand from the customer to be able to deliver the products within two weeks from order. It was an advanced product with assembly of mechanics and electronics parts. To make it, we had to sit down and think about it. For this improvement project, we had some inspiration from Inission Munkfors factory, which had used one-piece flows for some time.

Earlier, the mechanical part and the electronics component was manufactured separately. These were then stocked in anticipation of an assembling order. In other words, to manufacture the entire product it meant three orders – mechanical part, electronic part, assembly.

Ola: Now we had to shorten the lead times for the products. We started discussing our ideas with the staff. It was important that everyone had their say, felt heard and understood the benefits of the change.

What Rafi and Ola suggested was that the staff would be seated together in a group of continuous flow, from pre-test to final test

Rafi: We decided to give it a go. Everybody was on board, both staff and management. After the first try, it turned out we cut the time significantly so I suggested that we should try again in the afternoon. As a result, the lead times were shortened further. We continued to optimize each station, now in detail, and finally everyone was comfortable running a real project.

The one-piece flow consists of five stations, but only four people work in it.

Ola: All the material needed by the staff is in the direct vicinity of the one-piece flow. At the first station, the card is programmed and tested naked, i.e. without enclosure. At stations two and three, the mechanical parts are mounted, e.g. coolers and screws. At the fourth station, the electronic parts are assembled, the card is shielded and then the transformer is measured. Then the lid is put on. At the fifth and last station, the final test is performed – the cards are fed into a chamber and connected to a reactor. The one-piece flow has a circular layout so the person who does the test at the first station also does the final test at station five. Therefore you only need four persons in our one-piece flow that consists of five stations. It is currently the most effective solution.

The result of the one-piece flow is a lead time which is reduced by 50% and the construction time by 25%. With a one-piece flow, it is also easier to plan the business, flexibility increases and staff detects errors faster and can stop the process.

Rafi: The purpose of the one-piece flow was to shorten lead times, but we have discovered other benefits too – despite the time pressure it has become more fun to work. With a goal that is visible and clear, and the knowledge that everyone is dependent on each other, a form of team spirit is found in the group. Everyone becomes more involved and comes with ideas, they systematically strive to become more effective and together they create solutions.

What is the response from the customers?

Rafi: We have received a very positive response. In addition to the result, they see that we have the commitment and willingness to improve us, so they can feel confident of having Inission Malmö as suppliers.

Finally, we would also like to thank our process engineer Ola Larsson for his commitment to the project. 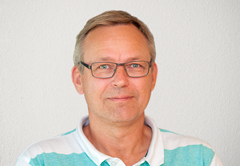 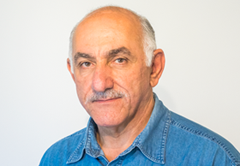 Inission goal: “2×2 2020” – By 2020 we can produce twice as much with 50% shorter lead times, with as many employees as 2015. We can achieve that when everyone wants to participate, when we have a unique good delivery precision and when we get more and right customers.

Inission vision: Inission is the industry’s best total supplier, both for the customer and the customer’s customer. We want to lead the development in the industry and be an example of Lean production. We also want to be sure that the employees are developing and having fun at work.

Inission mission: The most satisfied customers.